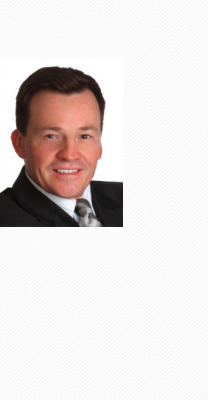 Pastor Timothy Lee Shuttlesworth was born May 10, 1956, in Bluefield, WV. (His father, Rev. A. E. Shuttlesworth, pastored a church in N. Tazewell, VA at the time) As a pastor’s son, Tim learned at an early age to adjust to new churches and meet many people as his dad moved to pastorates in several states.

He attended schools in PA, CT, WI and VA. He was saved and received the Baptism of the Holy Ghost when he was six years old. Tim also has three brothers who are involved in full-time ministry. (Ted and Tiff are evangelists, who travel extensively and Terry is pastoring a growing church in Virginia Beach, VA)

God had a plan for Tim and a year after graduating from high school, he went to Zion Bible Institute, in Providence, RI (now Zion Bible College in Haverhill, MA) He graduated from Zion in 1978 and started in full-time ministry. He held the position of youth pastor in MA, VA, NC and WV. In 1981, he became the pastor of the Assembly of God Church in Elkins, WV, where he saw many things accomplished as he remained faithful to his call.

In the early part of 1986, Tim felt the Lord leading him to help his dad in the ministry at Calvary Temple. He became co-pastor and was a tremendous help in many areas, including the youth group. The youth group grew in number, many lives were changed and there was a great move of God during this time.

In 1990, when his dad resigned the church, the congregation voted Tim as Senior Pastor. He has remained faithful, working fervently, teaching the Word of Faith and sowing of seed into the Kingdom of God! Because of his great burden and vision for the State of West Virginia, he has helped to plant two new churches in Moorefield and Elkins, WV. Under spirit-filled and anointed pastors, those churches are growing and souls are being saved.

Pastor Tim is married to Gwen, (originally from Canada). They have two children, Matthew (his wife Rachel) and Michaela. Matt and Rachel currently reside in Ontario, Canada. Michaela is attending River Bible Institue in Florida.